This exquisite 244 page limited edition coffee table photo book will knock your socks off! Documenting the rich history of Seva's benefit concerts and the programs they support SING OUT FOR SEVA is a tribute to the power of music and the community that Seva has developed through it's concerts. The book includes a forward by Jackson Browne, introduction by Seva's founders Larry & Girija Brilliant and stories by Wavy Gravy. Contributing photographers include Jay Blakesberg, Lisa Law, Bob Minkin, Brian Harris and more.

Some of the artists included in the book: 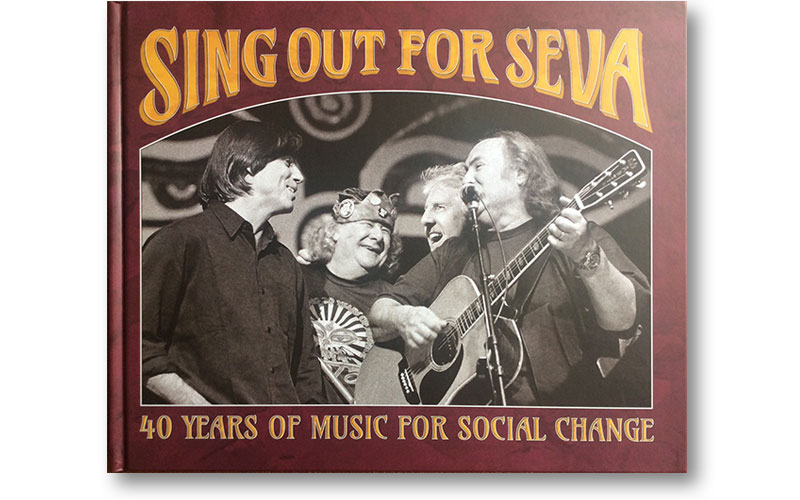 Look inside at a few sample pages.