Living for decades under the Himalayan sun, their eyes have slowly turned milky white. Their luminous cataracts belie the blindness, the utter darkness, that envelops Manisara and Durga. Filmed over three days, the HBO documentary film Open Your Eyes follows their extraordinary journey down a mountain to see again. "A blind man is a mouth without hands," goes an old Nepali saying.

Married for more than 50 years and living in the foothills of Nepal, they are no longer the industrious farmers they once were. Manisara peels turmeric root most days and Durga can't navigate the warren of pathways around him nor can he feed his animals. They feel dependent on their family for even the most basic needs. There are no cars to transport them. Life has become static.

A team of Nepali eye specialists combing the mountainside find them and urge them to come to the city for a chance to see again. A surgeon has come from Kathmandu, and the surgery is free. But the taste of defeat and growing old has made Manisara skeptical. And besides, who would even carry her down the mountain?

Their youngest granddaughter plops herself in Manisara's lap, and her grandmother starts running her hands over the little girl's feet, her legs, her nose.
Is she like me? Touching the child, Manisara connects her past to her future.

Manisara and Durga are finally convinced. They set out for the eye hospital, tripping over goats and stones as they go, towards the distant city. They are carried, guided and then driven on a bewildering odyssey to restore their sight.

They arrive at the hospital and hear scores of other patients also waiting. Everyone has come for a miracle. 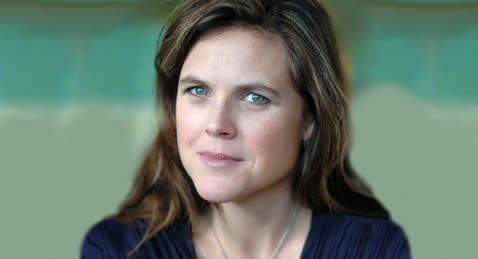 Irene Taylor Brodsky - Director's Statement:  I first documented people who are blind in Nepal in 1992. I was living in Kathmandu and writing a book on the lives of the Disabled hidden in the Himalayas. I hitched my wagon to the work of Dr. Yanta Mani Pradhan, a legendary Nepali eye surgeon who would walk for days, even weeks, with his team to remove cataracts from milky eyes blinded by high-altitude sun. His patients were carried by porters and family members, over mountain passes to reach his eye camps, each of them praying for a life-changing miracle. They never paid a penny because his camps were always free.

Eye surgeons in Nepal have the fearlessness of a mountain pilot, the hands of a craftsman, and the stamina of, well, a Nepali. I eventually left the country, but vowed one day to tell their story.

25 years later, I had the chance to work in Nepal again. This time, I called Dr. Larry Brilliant, a former filmmaking colleague and a co-founder of the Seva Foundation, an organization fighting blindness since the 1970s. Larry connected me with Nepalis carrying out Seva's mission, and suggested I head to an unassuming city in the foothills called Tansen.

I had seen short films showing that miraculous moment when a person who was blind sheds his bandages and can see again. But who exactly were these people? Who had carried them to these camps, up and down mountains in a basket, for the chance to see again? Even more, what was it like to be blind in Nepal…and what would it be like to return, forever changed, back home again?

"A blind person is a mouth with no hands," I had often heard Nepali people say, but only when I followed Larry's foot soldiers did I understand it. I followed the Seva team walking door to door, climbing to ever-higher elevations, looking for people who are blind. Someone we met on the trail told us if we walked a little further, we'd find a married couple, together blinded by cataracts for years, leading a shuttered existence.

We found Manisara sitting cross-legged in a pile of turmeric root, of which she had resigned to peel and crush, day after day. Her husband, Durga, no longer the farmer he once was, could not navigate the warren of pathways around him, nor feed his animals. They had become completely dependent on their family for their most basic needs. There were no cars to transport them anywhere. Life had become static.

I tentatively filmed as the team tested their sight, then coaxed them to leave home and follow them back down the mountain for one of Seva's monthly free eye camps. A surgeon, they added, had even come from Kathmandu to operate. But the taste of defeat and growing pains had made Manisara skeptical. And besides, who would carry her down the mountain?

Just then, her youngest granddaughter plopped herself into Manisara's lap. The grandmother started running her hands over the little girl's feet, her legs, her nose. Is she like me? Touching the child, Manisara connected her past to a new kind of future. At that moment, they committed to take the journey, and I geared up to tell their story.

An hour later, we set out for the eye hospital. They tripped over goats and stones as they went, on trails they had not travelled for years. Their son and a strong nephew walked with us. They were carried, guided and then driven on a bewildering odyssey to the city. With 55 others, they arrived at the small hospital and waited.

Everyone was there for a miracle, you could say a routine miracle this year, Seva will operate on their 4 millionth blind person. The cost of a surgical intraocular lens, that transformative piece of plastic that can make the Blind to see, is now widely available for less than two dollars.

Open Your Eyes was shot in three days. Their surgery took just six minutes. I put the camera down only when they made it back home again, all of us exhausted, but ready to meet the children and grandchildren they had always known, but never seen.

Learn more about the film Open Your Eyes by visiting: www.vermilionpictures.com/openyoureyes

Soundtrack: The song Open Your Eyes is written and performed by Salman Ahmad with guest vocals by Peter Gabriel. 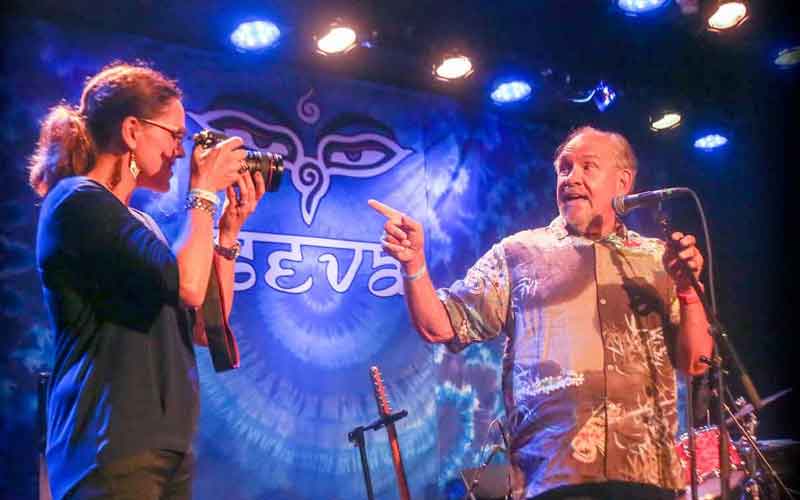