My name's Corey Smith.
I'm a singer-songwriter from Jefferson, Georgia.

Eye care is important to me. 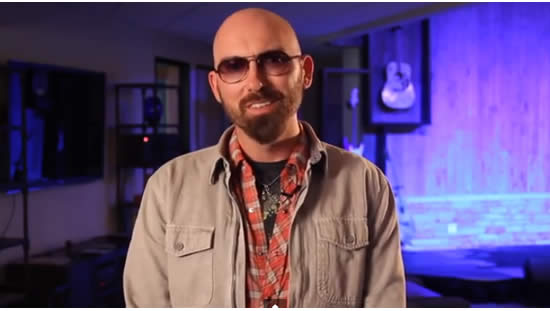 I've got a prosthetic eye, and I also have a retinal condition that runs in my family, so I've had retinal surgeries, I've had laser surgeries, my mom had detached retinas in both of her eyes, so did my aunt, so it's something that is pretty common in my family.

My accountant, Robert, told me about Seva; he'd come into contact with Seva at Grateful Dead concerts years ago.

When I first started looking into Seva, I was immediately drawn in by the notion of the Gifts of Sight cards. For Christmas that year I gave a lot of people in my family these cards. My grandmother, for example: she has anything she could need. There's no thing I could have given her that would have been really meaningful. So I decided to give her one of the Gifts of Sight cards and I was like, "Merry Christmas, I know you've got everything you need, I made this donation and now someone may have the gift to see again." And she cried, and same with my other grandmother, and my dad, and my stepmom, and several other people in the family.

So at that point I really began a relationship with Seva that's continued all the way to now. I've been able to fund two eye camps, and it's been really special to be able to see the statistics and see the impact. The number of people who were evaluated, the number of people who were treated, and I can't imagine a better way to use the blessings I've been given to do good around the world.


In the United States, and the developed world, people getting glasses and being able to see the world more clearly, or having a simple cataract surgery, we take it for granted. But in places without the ability to do that, it's something that's truly miraculous, to be able to give someone the gift of sight.

When you think that for fifteen minutes, and fifty dollars, someone can be able to see, someone who hasn't seen their husband or kids or their grandkids, or even their own hands and for such a small gift, they can leave there seeing. I think it's something that is an unquestionable, an undeniable impact on that person's life. I'm just really happy to be involved with an organization that's working to do that every single day.