Seva's supporters have been holding Hike for Sight fundraisers for almost 40 years!

Inspired by the commitment to provide vision care around the globe, Steve Merritt established Sight Trek. This project was dedicated to raising funds for Seva through his and his friends' love of hiking.

"I was blown away by how little it cost to have an outsize impact on someone's life by restoring their sight," explains Steve. And from that inspiration, Sight Trek was born. My volunteering with Seva almost 40 years ago was the start of a life of volunteering with many, many non-profit organizations. I got the message about service!"

In 1981, hikers Clarke & Pat Ball, David Kahn, and Stewart Merritt embarked on a 2,700-mile, six-month journey from U.S.-Canada border, to Mexico. Their hike raised a total of $15,000 for Seva's programs, and a lot of awareness.

"It literally transformed my life," recalls Pat, who was 25 at the time. "It gave me a sense of inner power, peace and confidence knowing I could do anything I wanted. And what I wanted to do most in life, was to make a positive impact on the lives of others."

"We wanted to do the hike, but we wanted it to mean more than just taking a long walk," reflects Stewart. "Around that time, we were introduced to Seva, and were tremendously impressed with the life-changing work they were doing all around the world. It felt really natural to combine the two to help spread the word about Seva."

"I don't think there is a day that goes by that I don't spend a bit of time reminiscing about Sight Trek," Pat notes. "I love recalling all the wonderful, loving, giving people we met along the way. I am still in awe of the mountains whether I'm there physically or mentally; they will forever remain my place of peace and serenity."

On April 3rd, Joe Gettler took the first steps in what would prove to be a life-changing journey up the Pacific Crest Trail. He began his 2,653 mile trek at the U.S. border with Mexico, just south of Campo, California. As he left on what turned out to be a 160 day hike, he had two goals in mind. The first was to show himself that he could do it. The second was to help support Seva.

"Before I started my adventure on the Pacific Crest Trail, I already knew what a privilege it was to take the time to hike across the country," recalls Joe. "It wasn't until I started raising awareness for Seva that I truly reflected on the importance of sight throughout this journey. Not only for navigation and logistics, but there are days out there where it really is nature's beauty that encourages you to keep trekking."

The Pacific Crest Trail took Joe through some of the most remarkably stunning landscapes on Earth. From the Colorado Desert of Southern California, to the Sierra Nevada and Cascade Mountains, to the forests of Washington State, Joe revelled in the miracle of sight.

"Knowing Seva has been helping people see for over 40 years was a really special thought to have as I crossed pristine alpine meadows and lakes and watched the sun rise and set beyond the mountains," he reflects.

On September 10th, Joe encountered the most beautiful sight of his whole trip: his wife Patricia was there to meet him at the border with Canada, and bring him home. 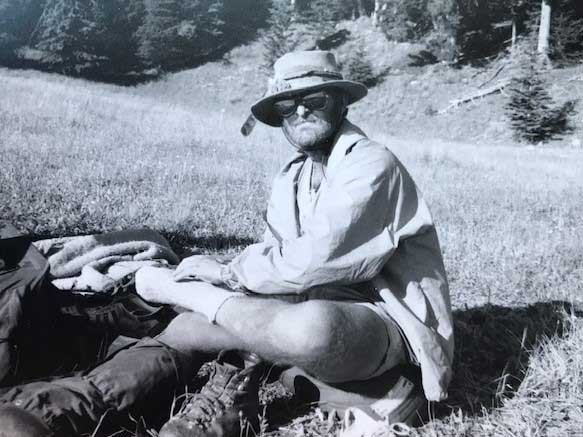 Above: Clark Ball takes a rest. 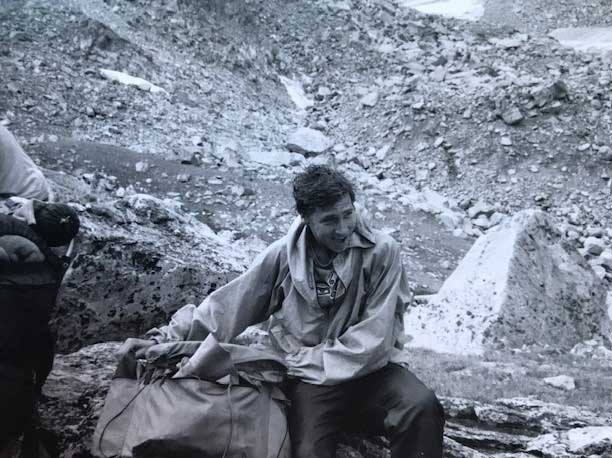 Above: David Kahn on the trail. 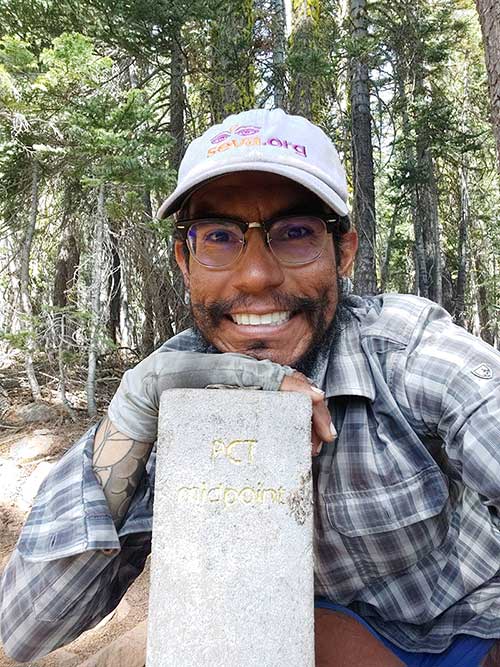 Above: Joe Gettler at the midpoint.