Restoring Vision, and Independence, to a Local Leader

Nelson Ogwal's vision began to deteriorate in 2014. Living in Agali, Uganda, a village located 20 minutes from the closest eye hospital in Lira and approximately 200 miles north of Kampala, he didn't receive treatment and eventually became completely blind. As a chairman of his village, a farmer, a husband, a father of eight, and a grandfather of six, Nelson's ability to support his family abruptly ended when he lost his vision. Nelson's wife, Esther Ogwal, had to double her responsibilities on their farm, in taking care of the children and grandchildren, and in caring for Nelson.

Nelson's family brought him to Lira for an eye screening, and he was recommended for cataract surgery. As he waited in the Lira Eye Department hospital ward, he told Seva staff that when he could see again he would work on his farm to support his family and help his daughter's clothes-selling business. But, most importantly, he stated regaining his sight would make his life meaningful again.

Seva provides support to the Lira Eye Department through the non-profit Kilimanjaro Centre for Community Ophthalmology (KCCO). Funds from KCCO support essentials like fuel to travel to communities, surgical instruments, and intra-ocular lenses for cataract patients.

After a successful surgery on one of his eyes, Nelson's wife was relieved and his children were happy and comforted in the fact that Nelson could support the family once again. Nelson will have to return for surgery on his other eye but, he says, "Today, I am alright. I'm seeing very well. And I'm very, very happy of what happened."

In helping to restore Nelson's sight, Seva helped him to reengage with the world, financially support his family, and lighten his wife's caretaking load. 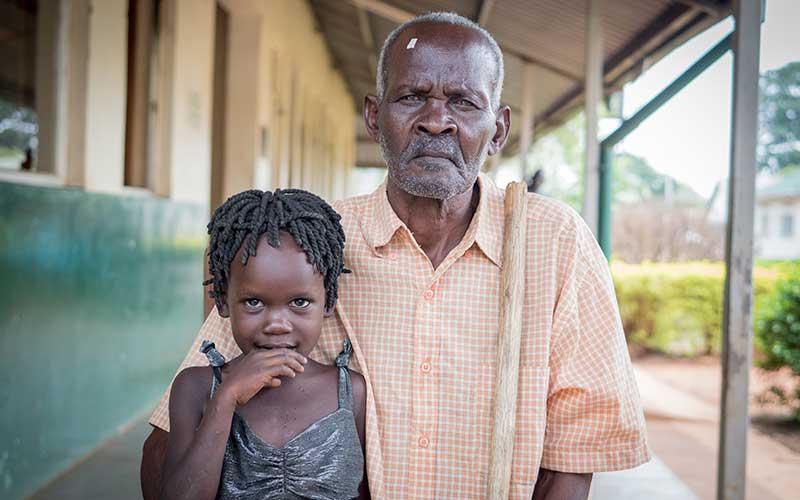 TOP: Nelson smiling after surgery with his wife and some of his children and grandchildren outside of his home.

MIDDLE: Nelson Ogwal before surgery with his granddaughter who helped take care of him.

BELOW: Nelson after surgery with his granddaughter. 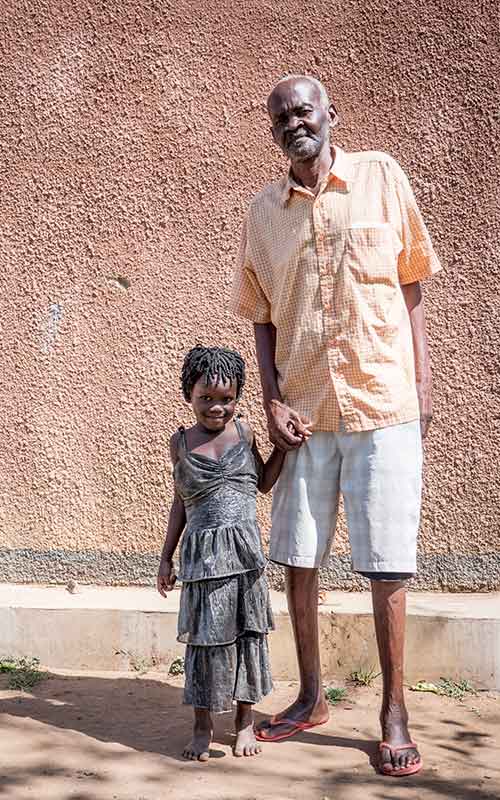 See why Molly Atim's smile is so big and read the story, What a Difference New Glasses Can Make.


Support Seva's sight-restoring programs in Uganda and around the world with your donation today.