A Note from Seva’s Executive Director

When Seva’s founders met for the first time in 1978, they were driven by a desire to be of service, to relieve suffering for those whose lives have been defined more by struggle than ease. Out of this spirit of service, one of Seva’s core foundational values emerged: that of serving the underserved.

This spirit of service is apparent throughout the greater Seva community where, as you’ll see in this newsletter, supporters are doing everything from baking cookies to practicing yoga to belting out Bollywood tunes, all to help bring essential eye care services to those most in need.

The International Agency for the Prevention of Blindness recently recognized Seva Nepal Program Director Ram Prasad Kandel as an “Eye Health Hero” for his tireless service to the people of Nepal. We tell the story of a 95-year-old Nepalese farmer who had his sight restored thanks to Seva’s outreach to remote areas. This focus on Nepal, the first of more than 20 countries where Seva is now active, is apt as we begin to celebrate our 40th year.

We also take this occasion to honor co-founder Ram Dass and his influential role in imbuing Seva’s work with the notion of selfless service. As he so eloquently noted in an early documentary about Seva, “We were able…to do something that was sophisticated scientifically and that was financially large-scale and responsible and at the same moment [was] involved with the individual human heart.” Now, as then, this dichotomy of global and local, of small actions leading to big results, is fundamental to Seva’s ongoing work in the world. 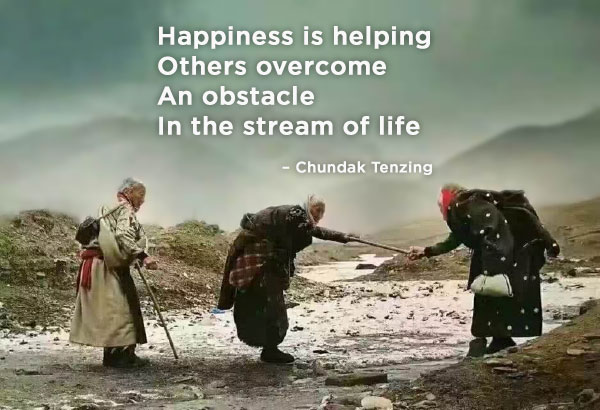 
Forty years into our journey as an organization, with advances in technology and epidemiology combined with a clear plan to increase the capacity of Seva’s in-country partners, we are closer than ever to realizing our vision of a world free of avoidable blindness.