A Longtime Volunteer’s Commitment to Service

American ophthalmologist and Honorary Lifetime Member of Seva’s Board of Directors, Dick Litwin is a true Seva standout. Dr. Litwin has been with Seva since the organization’s early years. He’s played a key role in recognizing and capitalizing on best practices developed with and by our partners throughout the world.

In the early 1980s, Dr. Litwin was looking to give back and find more meaning in his work. He and his wife, Judith Litwin, traveled to the Aravind Eye Hospital in Madurai, in southern India, in 1982. There he met the hospital’s legendary founder, Dr. Govindappa Venkataswamy, a.k.a. “Dr. V.” Dr. V. founded Aravind in 1976 and, two years later, was a founding board member of the Seva Foundation. 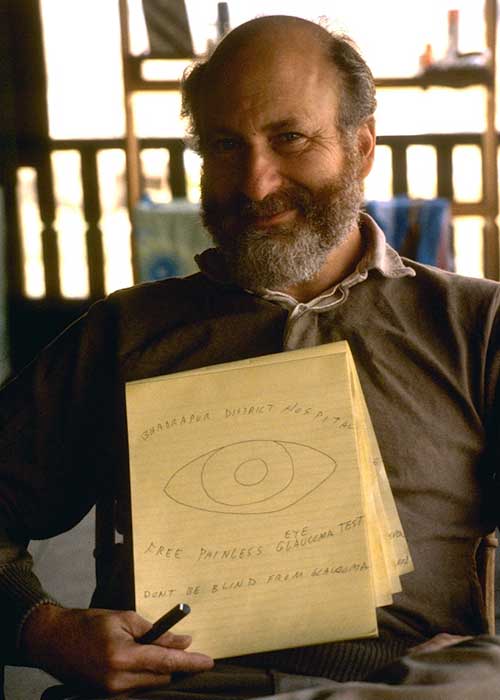 Dr. Litwin was attracted to Aravind’s “high volume, high quality” model that provided access to eye care services regardless of ability to pay. Dr. V. showed him one of Aravind’s projects, a temporary eye camp in Pondicherry (Puducherry). For the duration of the camp, a movie theater was converted to a makeshift eye hospital, with eight surgical tables lined up side by side on the stage. Patients lay on thin grass mats on the floor of the theater to recover after surgery.

When Dr. Litwin saw what he described as this “sea of eye care,” he understood the potential of eye care for the masses. “The light went on for me,” he said. He has been volunteering with Seva ever since.

Dr. Litwin also shared a game-changing technology with Dr. V. on that first visit to India: intra-ocular lenses, or IOLs. These newly-developed lenses revolutionized the practice of cataract surgery in the 1980s. The first patient on whom Dr. Litwin and Dr. V. used IOLs was a young carpenter. Dr. Litwin removed the cataract and inserted the IOL. After the 24-hour wait, the carpenter had his eye patch removed and was immediately able to see normally. “He can work,” commented Dr. V.

Dr. Litwin went on to procure a steady supply of free or inexpensive IOLs for Aravind. Donors from Seva and its sister organization, Seva Canada, provided the initial funding to help establish Aurolab, an affordable-IOL production facility in India.

For 35 years, Dick Litwin has continued to lend his expertise and enthusiasm to Seva in many ways. For example, over the past three years, he was instrumental in establishing a partnership with a new eye hospital in Taunggyi, Myanmar. Our summer 2017 newsletter included an article about this endeavor, “Regaining Sight and Hope in Myanmar.”

Dr. Litwin also traveled to India earlier this year in support of one of Seva’s many partners in the region, Vivekananda Mission Asram Netra Niramay Niketan (VMANNN), an eye hospital in Chaitanyapur, West Bengal. VMANNN provides approximately 14,000 surgeries annually and offers the only specialty services available in the area for pediatric ophthalmology, cornea and glaucoma.

Just as Dr. Litwin introduced the IOL to his colleagues at Aravind, he introduced the concept of an eye bank to Dr. Asim Sil and his wife Dr. Subhra Sil, both ophthalmologists who run the VMANNN eye hospital. The Litwins supported a training opportunity for the Drs. Sil and others from VMANNN to travel to Kathmandu and learn about how to launch an eye bank at VMANNN from Dr. Sanduk Ruit and Dr. Reeta Gurung at Tilganga Institute of Ophthalmology. VMANNN successfully launched its own eye bank and corneal transplant program within a year of this cross-cultural training in Kathmandu.

Thanks to dedicated partners like Dr. Litwin, Seva has restored sight to four million people around the world. He has played an instrumental role in creating a scalable model that supports care providers dedicated to preventing and treating blindness both within and beyond their home countries.

Support Seva's sight-restoring programs around the world with your donation today. 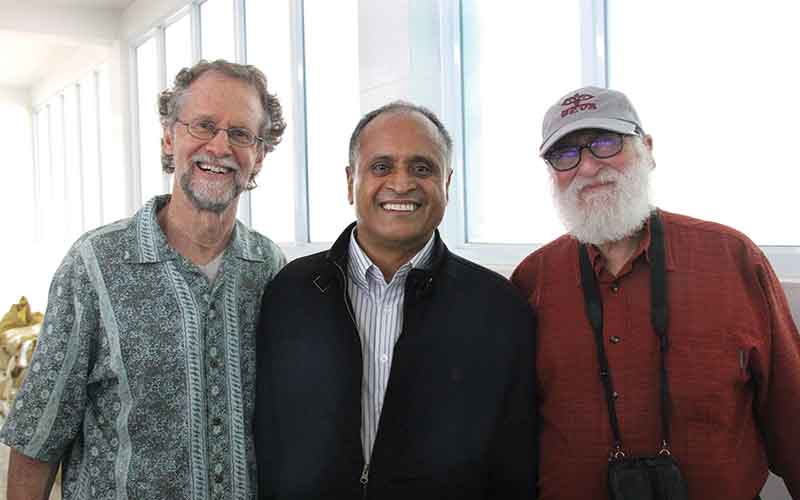 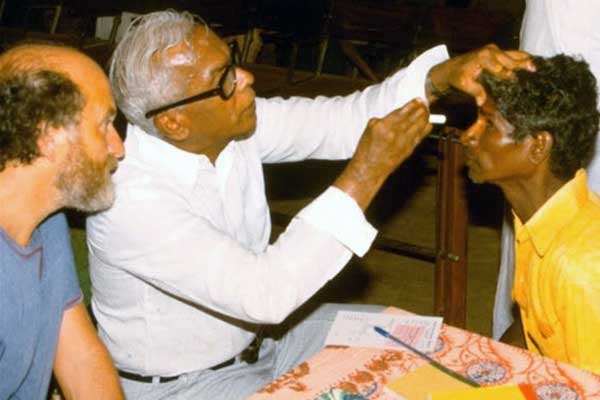 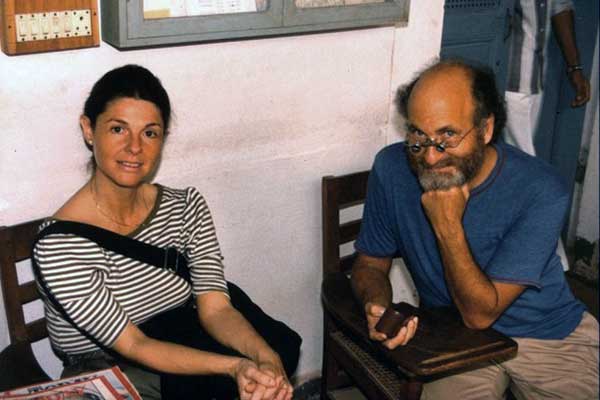 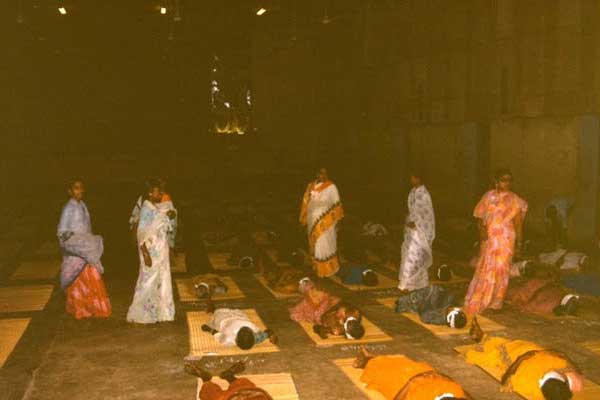 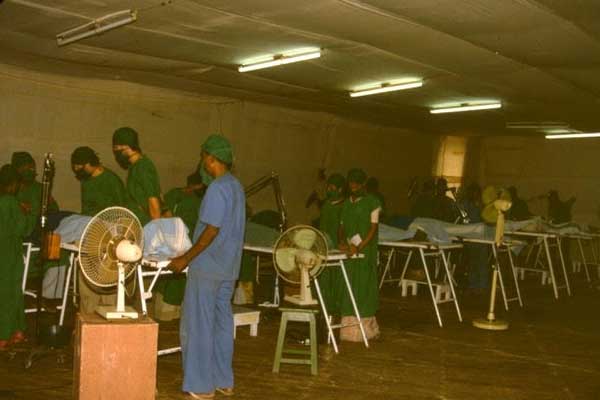 Operating on stage at a Pondicherry movie theater, 1982.