In 2018, Seva and our corporate partner MODO came together and forged a commitment to reach 1 million children around the world with eye care services by 2020. MODO committed to funding half of the pediatric screenings and challenged Seva donors to fund the other half. As of 30 June 2020, six months ahead of schedule, Seva and our partners in nine countries had exceeded our target of 1 million. As of Dec 2020, we screened 1,097,467 children – 97,000 children over our goal!

We plan to screen 3 million more children worldwide as part of our C20/20 campaign.

The following stories highlight the impact Sight for 1 Million Children has made in the lives of the children, their families, and their communities.

Our Strategic Partners and Program Initiatives

Born and raised in New Delhi, Muskaan was born small and weak. Her mother had given birth to her at home without proper care. She was very small for her age as she had problems drinking her mother’s milk. Her parents worried about her but as time went by, Muskaan grew up, although she was still very fragile. Life went on for the Hussain family and another daughter was born. Resources were scarce for the family as her father worked in a sewing machine factory and his salary, the only one in the family, was meager.

As Muskaan neared the age of 15, there was an eye camp which was set up in her school. All the girls were very excited to get their eyes tested. As Muskaan’s turn came, the doctor saw that something wasn’t right. He immediately called for her father and Muskaan got her first prescription glasses. This only gave her partial relief. She still wasn’t very comfortable with her sight as there was partial blindness in one eye. She didn’t want to trouble her parents, as the family of four still had difficulty in making ends meet.

Then one day, her cousin pointed out that there were white particles in one eye. Her mother was scared; frightened for her little girl as she feared the worst. She got her tested at a private clinic and learned that Muskaan had been diagnosed with a cataract in her right eye. The family was distraught as they grappled with the fact that their daughter needed surgery. They couldn’t figure out how to finance the operation as they were told that it would cost around $350-400. Muskaan lost all of her confidence and wondered why she had this great misfortune.

When they learned about Seva’s partner, Dr. Shroff’s Charity Eye Hospital, it was truly like a miracle. One of the hospital’s counsellors had seen their daughter and ensured them that she would be fine. He helped the family understand the requirements and how to prepare for the surgery. After a successful surgery, she still comes in for her regular follow up exams.

Muskaan wants to be a teacher when she grows up; it has been her childhood dream. Once, she thought it could never come true. Now she has many aspirations and dreams for the future and she also has a pair of healthy eyes to fulfil them. 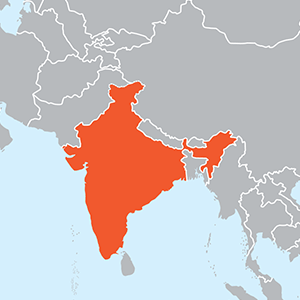 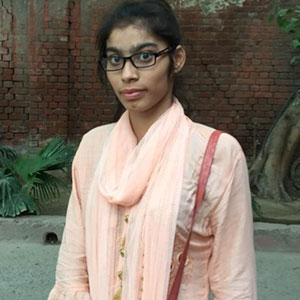 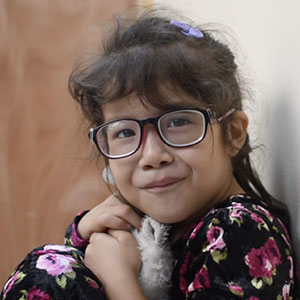 Emily grew up in a poor family in Guatemala City. Ever since she started going to school, her parents realized that Emily's vision was not right. Soon the school principal told them that Emily could not see her books, her notebooks, and that she had to go up to the blackboard to write down what her teacher told her. The economic situation of her parents was strained. Despite their financial concerns, they wanted to make sure their daughter got the care she needed. They took her to Visualiza, Seva's partner in Guatemala, to get an eye exam. Because of our partnership, Visualiza was able to waive the costs. Read full story.

As Muskaan neared the age of 15, there was an eye camp which was set up in her school. All the girls were very excited to get their eyes tested. As Muskaan's turn came, the doctor saw that something wasn't right. He immediately called for her father and Muskaan got her first prescription glasses. This only gave her partial relief. She still wasn't very comfortable with her sight as there was partial blindness in one eye. She didn't want to trouble her parents, as the family of four still had difficulty in making ends meet. Muskaan lost all of her confidence and wondered why she had this great misfortune. When they learned about Seva's partner, Dr. Shroff's Charity Eye Hospital, it was truly like a miracle. Read full story. 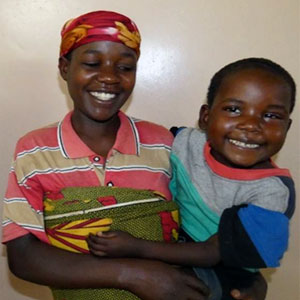 Darlene, 4 years old, and Myriam, 2 years old, live with their family in Burundi. The sisters were born with cataracts in both eyes. The girls' mother and grandmother took turns caring for them while they went to work on the farm. "It was a distressing situation in the family. We didn't know how to take care of a blind child," their grandmother noted. One day, while at the market, a man approached Darlene and Myriam's mother. He had been trained by Seva's partner hospital to recognize signs that someone had vision problems. He told their mom about the eye hospital and that they might be able to help. Read full story. 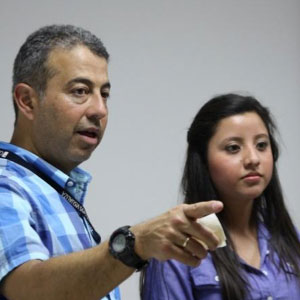 At Visualiza, a long-time Seva partner, the hospital trains many teachers year after year, in order to treat and reach a large number of children throughout Guatemala. Carlos, an outreach manager at Visualiza, helps make this training possible. "Every time we train a teacher, we empower them with our vision of giving back the light to people who want to see," says Carlos. This transforms the lives of teachers as they become individuals of change for their communities, since they possess the necessary tools to be able to change the lives of their students and children in their community. Read full story.